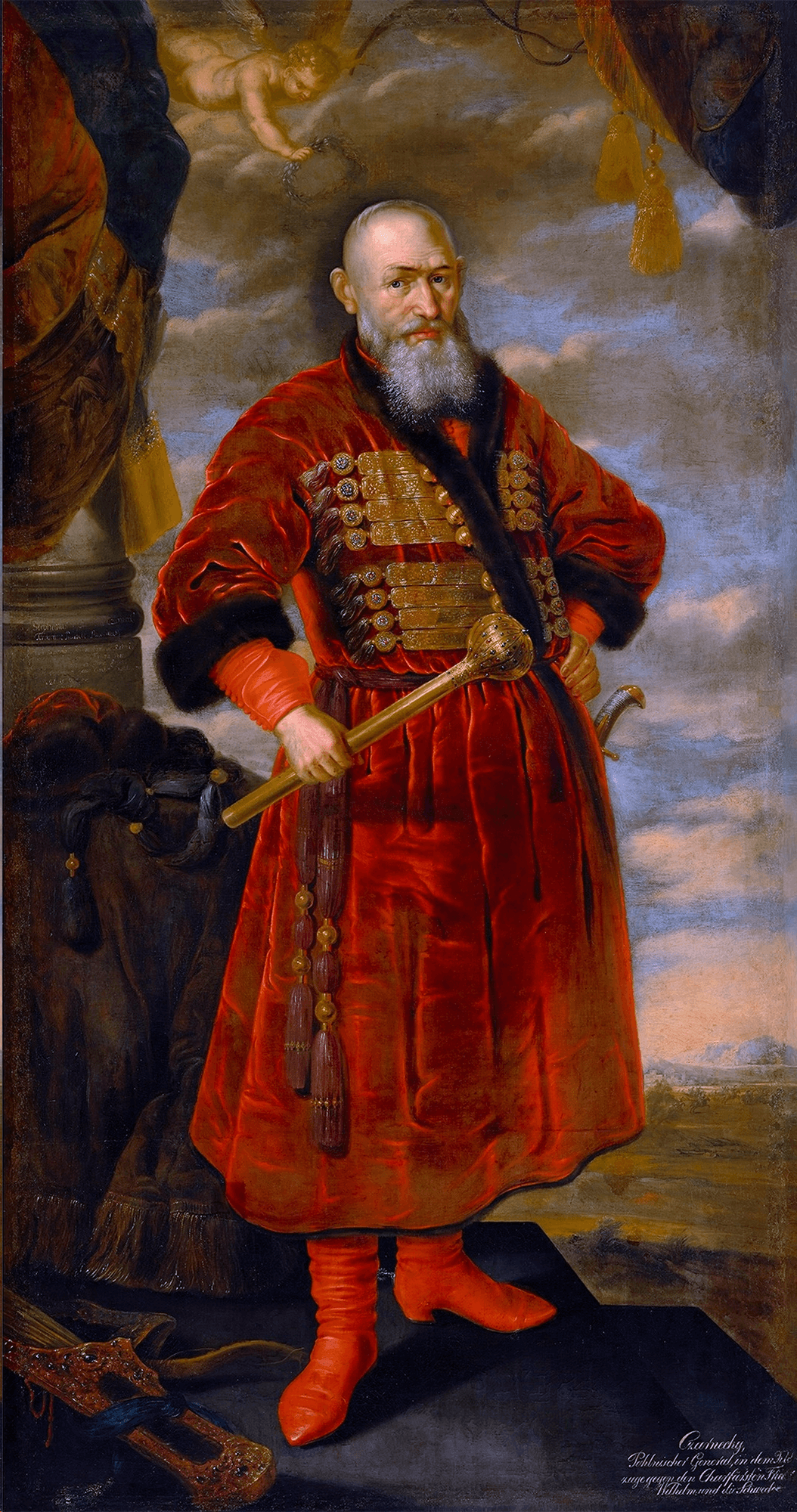 Born in 1599 in Czarnca near Włoszczowa into a noble family of the Łodzia crest. His military career started in an irregular unit of light cavalry organized around 1604 by Aleksander Józef Lisowski called ‘lisowczycy.’ He fought in the War against Sweden (1626–1629), Tatars (1644–1645), and in the Smoleńsk War (1633–1634). He gained much experience in the Khmelnytsky (Khmelnitsky) Uprising (1648–1657), during which he fought at Berestechko and was commander of an independent campaign in Ukraine.

He gained most recognition in the years 1655–1660 during the so-called Swedish Deluge. Faithful to King John Casimir (Polish: Jan Kazimierz), Czarniecki engaged in hit-and-run battles, tirelessly attacking Swedish troops at times when they least expected it. On April 7, 1656, he defeated the Swedish army at Warka. He also made history with a campaign against Denmark in 1658.

Czarniecki died in 1665 from complications following a wound he received during the suppression of revolts in Ukraine. A month before his death, the King awarded him the title of Field Hetman. He was buried in a little church in his hometown.