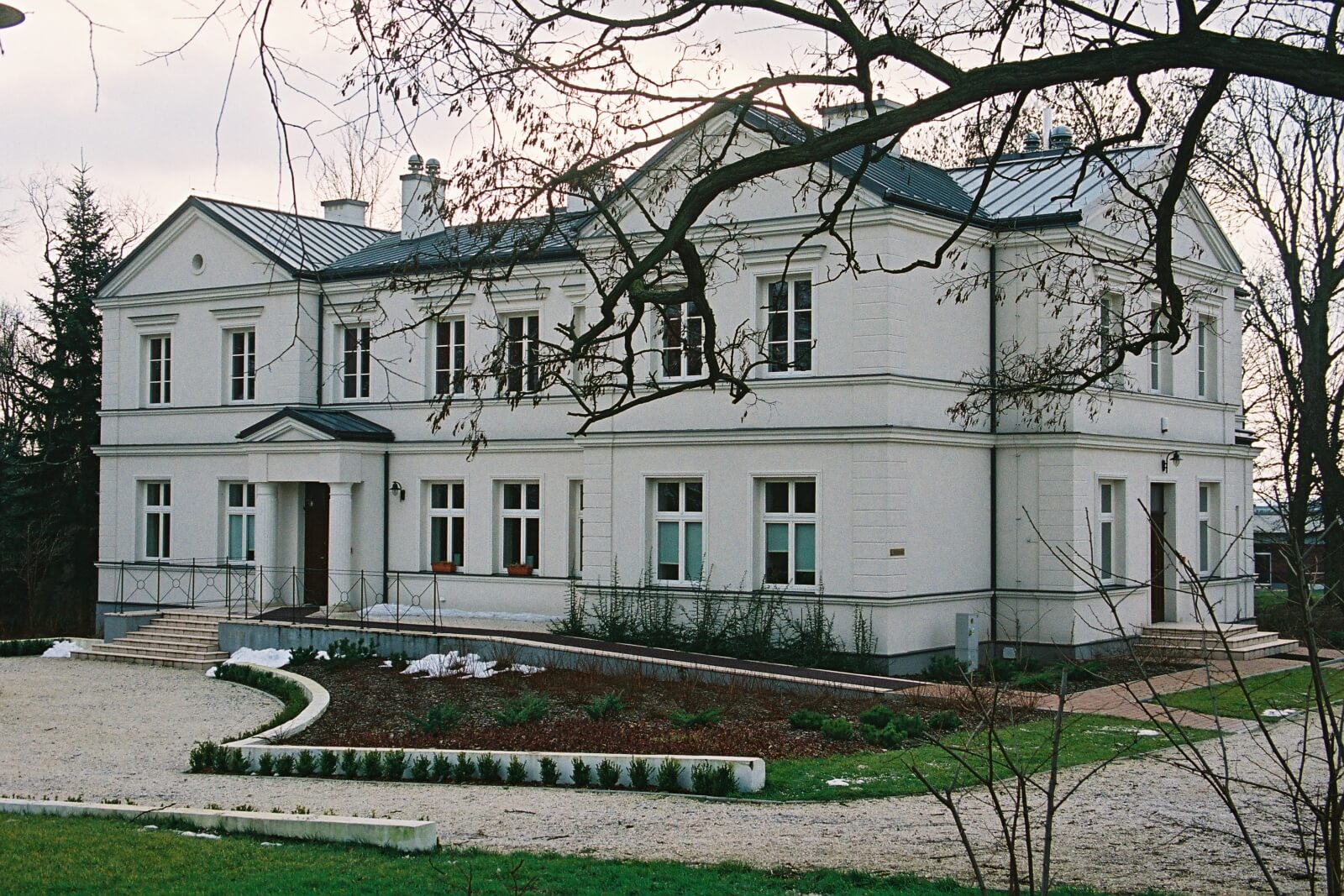 In the 1800s, it was owned by two counts. One of them was Franciszek Salezy Krasicki (d. 1821), Knight of the Order of the White Eagle and St. Stanislaus, a man unhappy in his love life and marriage. In 1788, Krasicki married the beautiful Aleksandra Grabowska, a royal concubine’s daughter. The mother did not allow Aleksandra to live with her husband. One day, Aleksandra suddenly collapsed during a reception and could not be revived. Count Krasicki never remarried. He continued his life in melancholy, which he would display during his solitary walks through Palczew.

Palczew’s last owners were the Italian-born Dal Trozzo family. They left behind a memento in the form of a manor built around 1900 in the Classicist and Neo-Renaissance styles, which now houses a hotel and conference center called The White Manor (Biały Pałac).

The property includes a 12-acre park with ponds connected by canals, further ornamented by picturesque bridges.