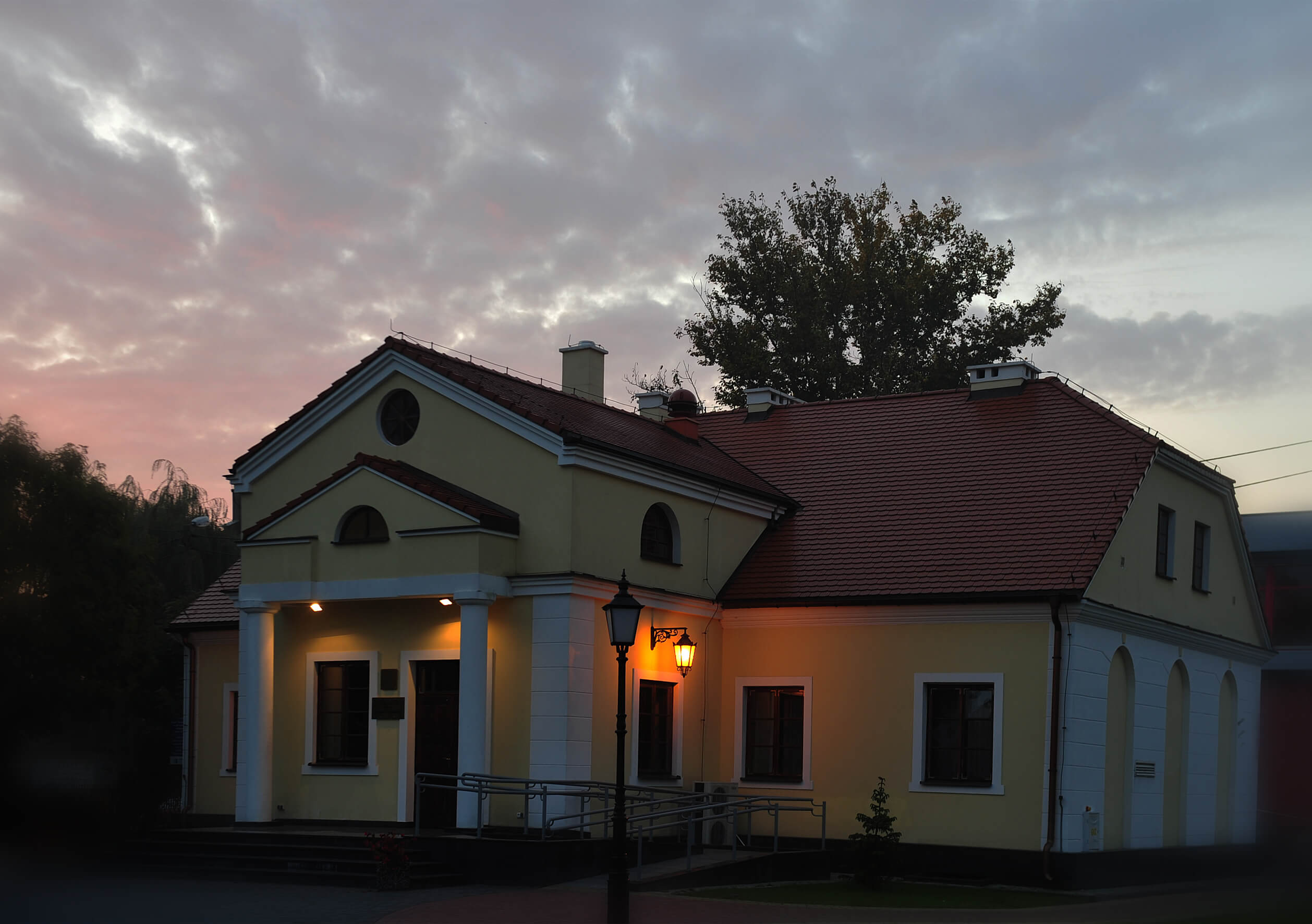 The manor at 5 Długa Street in Warka was built in the early 19th century. It is a great example of small town architecture from the period. The manor is among the few buildings which survived World War II, although it was severely damaged at the time. After the War, the building served as a homeless shelter and soup kitchen.

The manor was declared a historic site in decision no 1174 by the Province Art Restorer in Warsaw on May 5, 1975. In 1983, on the initiative of the Art Restorer in Radom, the building and its surrounding area were nationalized and handed over to the Warka Town and Municipality Office. The authorities of the Casimir Pulaski Museum took special interest in the manor.

On November 14, 1984, the State Treasury, represented by the Warka Town and Municipality Office, transferred the rights to the manor and surrounding area to the Casimir Pulaski Museum in order to have it organize a Warka History Museum. The manor was thoroughly renovated, and in 1987, it officially opened as the Museum’s branch under the name Museum of Warka History. The five exhibition rooms featured the history of Warka and its environs.

Funds to keep the Museum branch open were becoming scarcer and scarcer. On January 1, 1999, the administrative system of Poland changed and cultural institutions were turned over to local governments. Thus, the Casimir Pulaski Museum in Warka was to be managed by the authorities of the District of Grójec. Due to a lack of funding, in March 2005, the District of Grójec transferred the rights to the manor and surrounding area to the Warka Town and Municipality, so that a town cultural institution could be formed. It opened as the “Manor at Długa Street” in 2006.