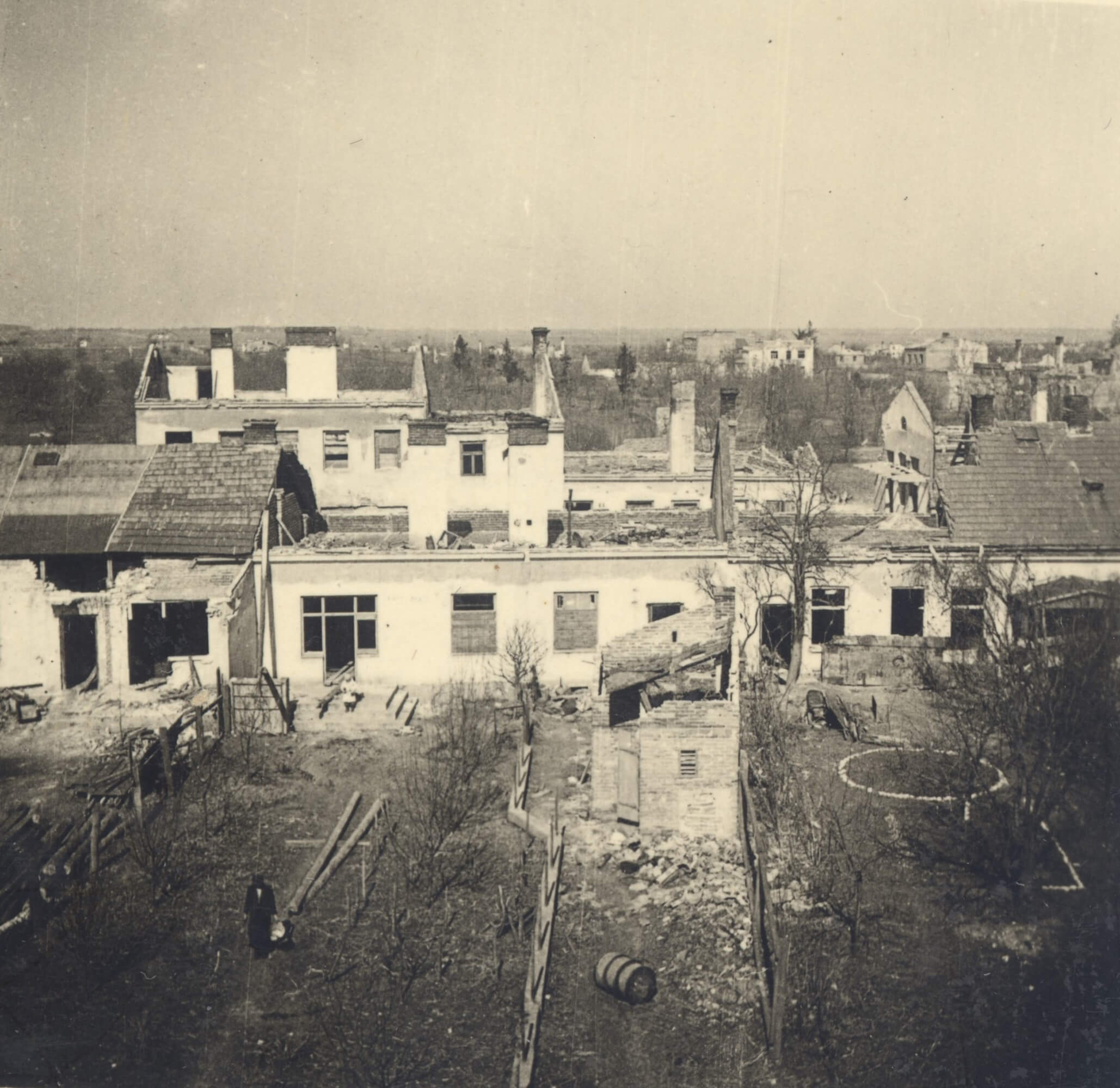 Over the years, Warka witnessed many wars and suffered their consequences. No war was, however, as devastating for Warka residents as World War II. It all started on September 1, 1939, when the German Army attacked Poland, and the town was first bombed. It was the beginning of a years-long occupation. The sheer violence, which affected the townspeople, was unimaginable. Persecution, harassment, and murders became the reality of everyday’s life. The most tragic days include closing down of the Warka ghetto and forcing the local Jews onto trains, which took them to the Warsaw Ghetto and the “Bloody Sunday,” during which German soldiers executed twelve Warka residents. Regrettably, these were not isolated incidents.

Another tragedy started on August 26, 1944, when Germans ordered Warka residents to leave town and take to the road. They were given one hour to pack. It all happened during heavy battles on the Warka-Magnuszew bridgehead. Many shells hit the town as well. Warka residents felt that the German resistance would not last long. The occupier’s directive deprived them of the possibility to wait for the liberation in their homes, which they were forced to leave behind. The unoccupied houses and apartments were plundered, damaged, and sometimes destroyed. Their remains were used by the German soldiers to build fortifications and bunkers, and as firewood. During this time, Warka residents wandered about the local villages, sheltering in barns and overcrowded dwellings. Every day was a struggle to survive. After the January offensive, they returned to Warka. What they saw was horrifying – ruins, rubble, and debris were everywhere. The town was not the same. The scale of destruction was difficult to comprehend.