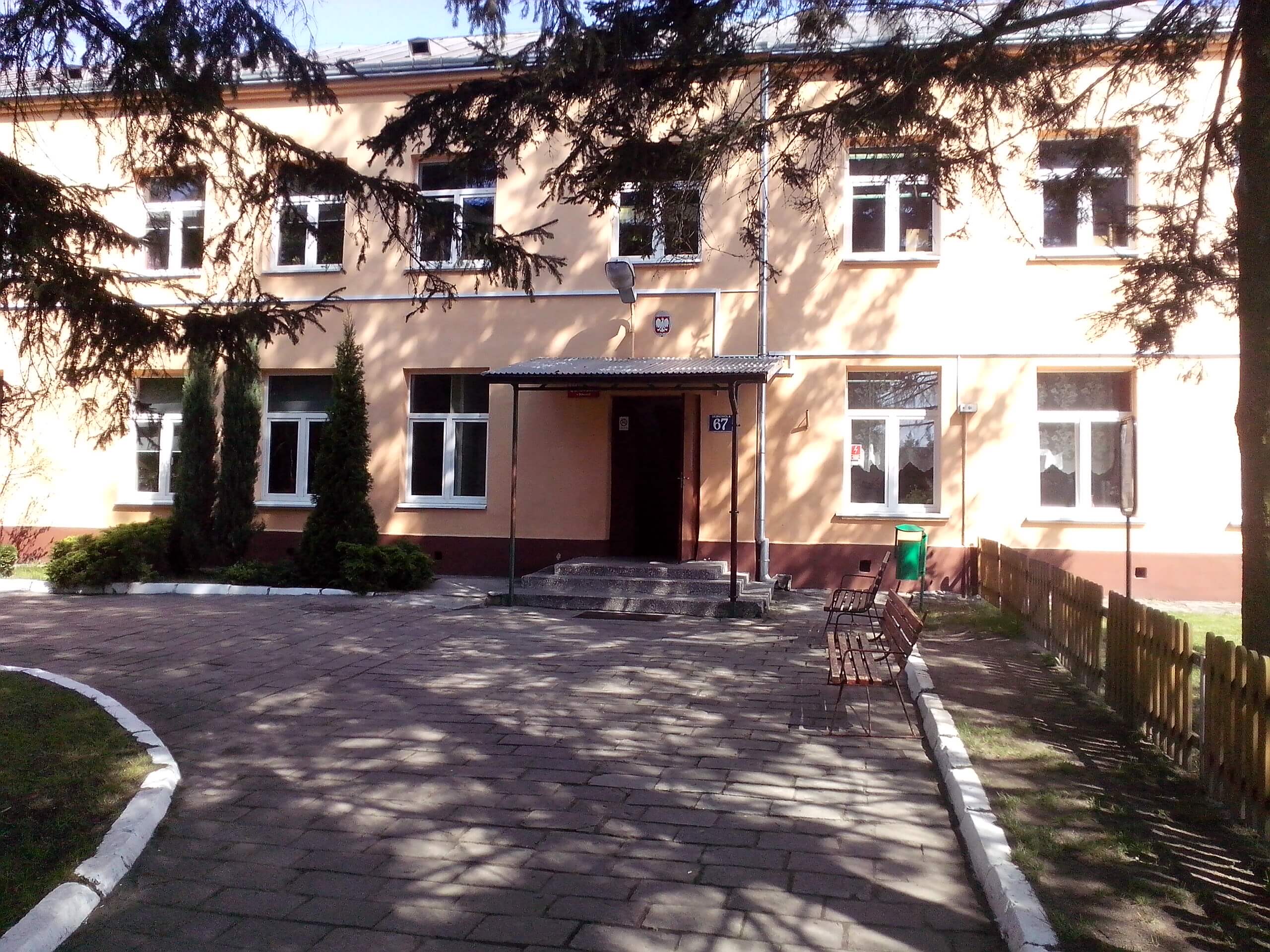 In 1908, the landowner Janina Gerlicz established an elementary school, which she located in her manor’s low terraced houses in Dębnowola (5 miles north of Warka). During World War I, 50 students attended the school. Around 1935, classes were suspended due to lack of own premises. In 1937, a place was built, and in 1939, the school (which then had six classes) received a new principal Tadeusz Kucharski. In 1944, during the battles on the Warka-Magnuszew bridgehead, the school building and the entire documentation were destroyed.

In 1946, post-German barracks were adapted to serve as a school building. In 1948, the school had seven classes and a new principal–Józef Bukało. In the 1950s and 1960s, it had a library, drama club, and musical band. It also organized courses for the illiterate, and ran evening classes (encompassing the subjects taught at the elementary school) as well as agricultural classes. Around 1965, a school expansion committee was formed. Thanks to its dedication, the school, which since 1967 encompassed eight classes, was able to offer its students a better work environment.

In the early 1970s, Principal Marian Mirowski opened a new west wing of the school, which encompassed four classrooms, an office, and a faculty lounge. New teachers’ lodgings were built and the sports field was renovated. The list of principals also includes Barbara Woźniak (since 1980), Elżbieta Wołyńska (since 1984, built a gym), Jan Szymański (1997–2009), and Maciej Lidak (since September 1, 2009). On June 28, 2012, a sports and recreation complex and a playground were open.

In 1999, the school became part of an educational complex. In 2001, it was replaced by a public middle school, which in 2007 was named for Fr. Paweł Heintsch (1924–2008), who was a poet connected with the town of Warka. In 2017, another school reform abolished middle schools in Poland, and the school closed in 2019, when the last year of middle school students left with their diplomas. Currently, the building of the former Fr. Paweł Heintsch Public Middle School in Dębnowola houses 4–8 grade students of the Stefan Czarniecki Public Elementary School in Ostrołęka.