The landscape of Warka and Grójec is dominated by orchards, which give its environs an aroma of apples, pears, plums, and cherries. No wonder the region is called “Europe’s biggest orchard,” and fruit growing is the main source of income for the locals. However, the road to success was long and rocky. It started during the First Polish Republic with small orchards planted near manors or presbyteries. Interestingly, Fr. Marceli Ciemniewski, a local pastor in the interwar period, stigmatized the common people for stealing apples from the master’s orchard.

In the early 20th century, horticulture expert Witalis Urbanowicz described modern fruit growing as “an opportunity for villages in the district of Grójec, which were poverty-stricken and illiterate.” In his opinion, each peasant should have a fruit orchard, which would guarantee income to him and his family and provide him with means to educate his children. Urbanowicz’s greatest achievement was making orchards popular with landowners, who built modern fruit growing businesses in the region along with squirearchy. The latter’s most prominent representative was Tadeusz Marian Daszewski of Nowa Wieś near Warka. After the War, two people were responsible for passing along the torch: Eligiusz Gajewski and Professor Szczepan Aleksander Pieniążek, who propagated American methods. In the early 1970s, the authorities of Nowa Wieś opened a Horticultural Secondary School (Zespół Szkół Ogrodniczych), which still operates under the name Vocational Education and Lifelong Learning Center (Centrum Kształcenia Zawodowego i Ustawicznego) in Nowa Wieś. Its graduates played a crucial role in building “Europe’s biggest orchard.”

Apples from the region are of high quality and simply tasty. They are sold in local shops or straight from the orchard at Warka’s market, which takes place each Wednesday and Saturday at the crossing of Nowy Zjazd and Mostowa Streets. Local farmers also work with wholesale markets throughout Poland. Producers’ groups, cooperatives, and intermediaries export local produce to different countries, and Grójec and Warka apples best showcase Poland in the world. 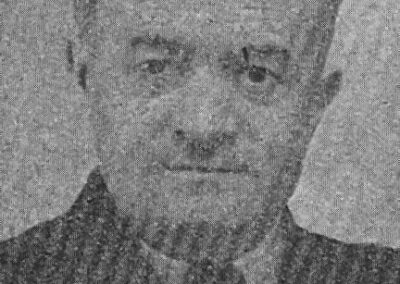 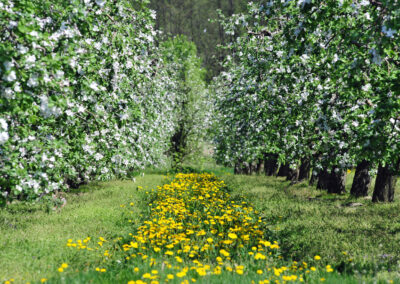