The Stanisław Marciniak 1st Public Middle School in Warka was located at 24 Warszawska Street. The building housed many educational facilities since 1930. In 1999, the Polish school system was reformed, introducing 3-year middle schools, including the 1st Public Middle School in Warka (Publiczne Gimnazjum nr 1). The school catered to the needs of children with various disabilities.

In 2002, the school was named for prominent physicist Stanisław Marciniak and received a proper banner. After that, it saw many renovations, including building a connecting area between the ‘lower’ and ‘higher’ buildings, a modern gym (2002–2003), and new soccer and basketball fields (2011). The school labs received new computers and multimedia equipment.

The list of principals includes Urszula Kuśmierska, Mariola Rybicka, and Bożena Sobieraj. After the education reform of 2017, which abolished middle schools in Poland, the last students left the school in 2019.

The Stanisław Marciniak 1st Public Middle School in Warka had its own anthem, composed by Marek Wawro and written by Andrzej Kulik:

“Because we don’t, we don’t want any free rides,
We have our faith, we’re armed with youthful strength,
There’s so much work, so much ahead of all of us,
We are the ones to change history.” 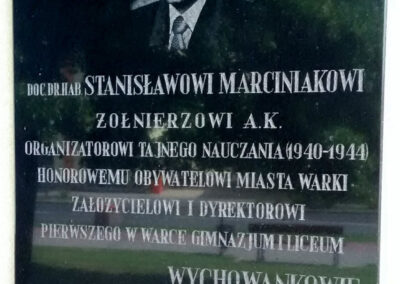 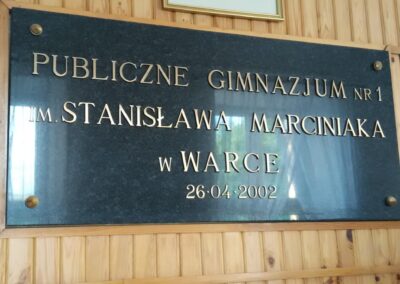 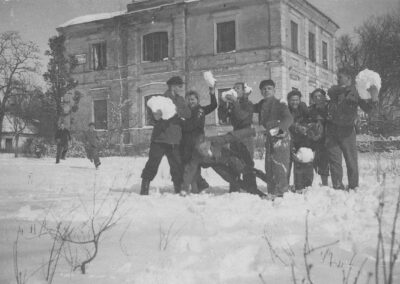