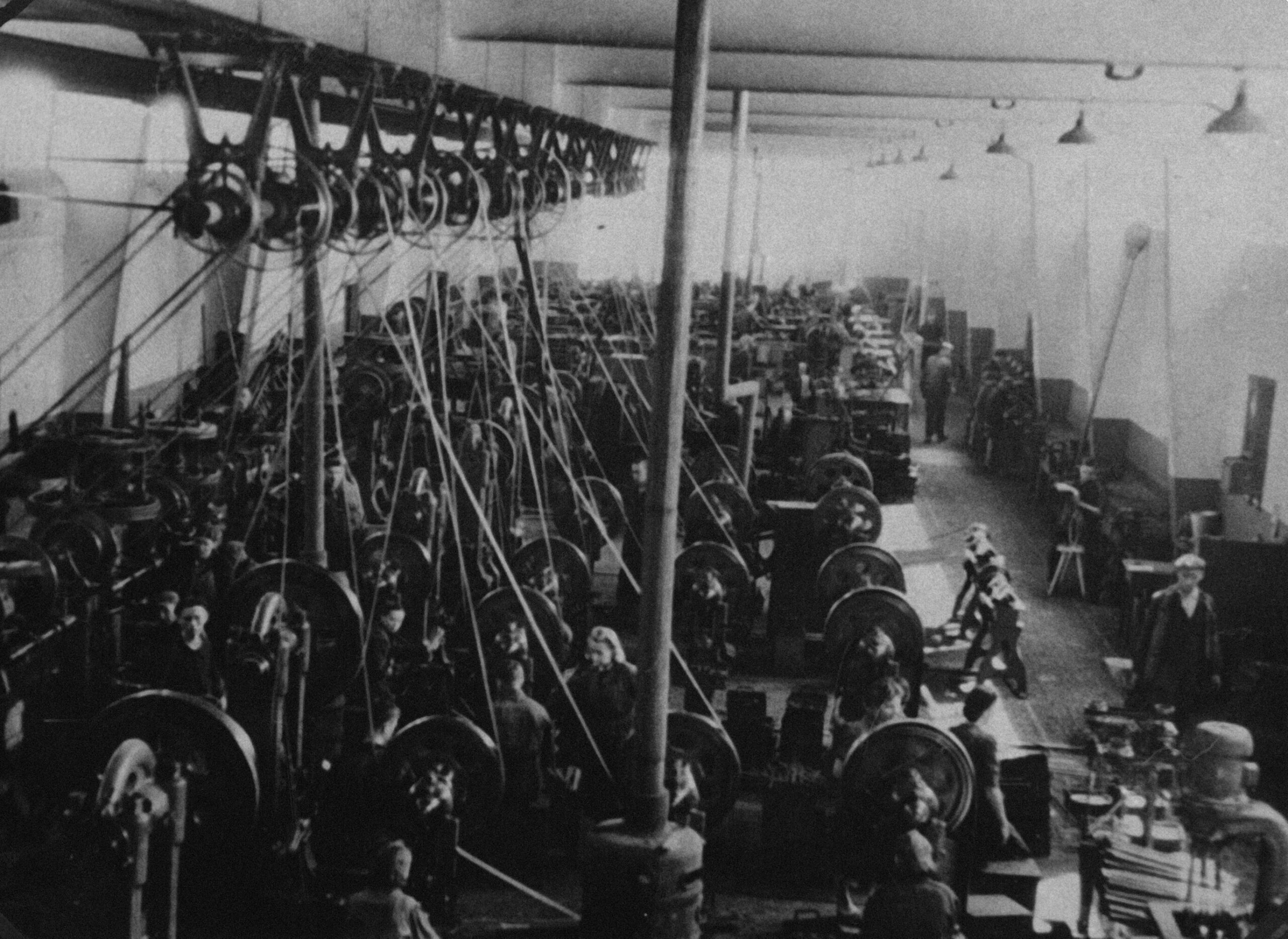 In the late 19th century, craftsman Wojciech Lubert opened a locksmith’s workshop in Warka. His sons Józef and Władysław learned the trade at the Lilpop Plant in Warsaw. They are the ones who, at the end of the 19th century, turned the family business into Fabryka Okuć Budowlanych “Bracia Lubert” (English: Lubert Brothers’ Building Hardware Factory). One of their employees was blacksmith and foundry worker Dominik Górski from the Lilpop Plant. The Lubert Brothers focused on building hardware, such as door handles, keys, bolts, and hinges. The plant offered great opportunities for the town, which, at the time, had little impact as a center of industry and commerce. This changed by 1918, when Warka was called “a town of locksmiths” and Lubert Brothers’ products were much sought after in Poland and abroad.

In 1929, the Factory received the Grand Silver Medal and National Bronze Medal at the National Exhibition in Poznań. Around this time, the Factory came to be listed on the stock exchange. The management, showroom, and warehouse were all located in downtown Warsaw at 34 Złota Street. The Factory in Warka on Franciszkańska Street occupied 1,829 sq m. (almost 20,000 sq ft), and the plant buildings covered 1,172 sq m. (over 12,500 sq ft).

Around 1935, the Factory’s management was taken over by Lubert Brothers, who were cousins. One was Eng. Jerzy Lubert (1910–1968), the son of Władysław and a graduate of the Gdańsk University of Technology. The other was Eng. Władysław Lubert (1903–1940), son of Józef and a graduate from the Warsaw University of Technology. The new management decided to expand. On June 16, 1939, they opened a new production plant with an area of 3,000 sq m. (almost 33,000 sq ft) in Warsaw at 15 Puławska Street. The Factory area (3.68 hectares or over 9 acres) featured gardens and was designed as a modern factory within a park.

At the end of the 19th century, 15 locksmiths worked for the Company, and during the years before World War II, the Luberts employed 3 engineers, 5 technicians, a large office staff both in Warka and Warsaw as well as over 500 regular workers! With their help, Warka became the biggest industrial center in the area. Many workers were able to build houses, which soon formed a settlement named “Ostrówek.” In addition, the Company actively participated in the town’s life, supporting patriotic campaigns.

During the interwar period, the Factory became a political center and housed the Związek Zawodowy Metalowców “Praca Polska” (English: “Polish Work” Metalworkers’ Trade Union). Some workers joined the Polish Socialist Party and the Communist Party of Poland. The management had to handle social turmoil and strikes, involving among others salaries and wages. On January 12, 1934, Warka witnessed an attempt on the life of Eng. Ziepulta. The local newspaper “Echo Grójeckie” wrote: “Emergency Services took Eng. Ziepulta, stabbed with a knife and severely wounded, to Warsaw. The crime resulted from a layoff of workers. The perpetrator has not been caught.”

The occupation did not halt production. The factory became a source of livelihood not only for the locals, but also for displaced persons from Pomerania in the north of Poland, brought to Warka due to acts of war. At the time, Eng. Jerzy Lubert held the post of the General Director, Wacław Lubert acted as the Administrative Director, and Eng. Janusz Lubert was the Chief Engineer. A significant number of staff were members of the underground Home Army. They would secretly repair weapons, fabricated two flame throwers, and started a production trial of the British Sten submachine gun. The Company’s management engaged in charitable activities for the poor. Director Jerzy Lubert obtained permission from the occupation authorities to form and head a General Social Council, and in the summer of 1944, at the time of the Warka-Magnuszew bridgehead battles, Director Lubert was heavily involved in helping the victims.

In September 1944, the Nazis took possession of the most valuable machines belonging to the Factory and shipped them to an undisclosed location. Director Jerzy Lubert, trying to save these assets, agreed to have the rest of the machines transported far away from the battlefront to a place where production of spare parts for the Nazis was to take place. The following month, shipment of machines from a train station in Warka via Radom to Piotrków Trybunalski started. Thanks to this stratagem, a significant part of the machinery remained in Poland.